Three years ago, I started to practice yoga. It was something I had always meant to do, but somehow never got around to it. After I was diagnosed with arthritis in my feet and it became too painful to do ballet classes for fun, it seemed like a good time to give yoga a try.

Now I cannot imagine NOT practicing yoga. It has changed my body, my strength, and the inner workings of my mind in ways that I could not have imagined. I’m going to share some of the lessons I have learned from practicing yoga that you might find applicable to your ballet training. Let me also say that if I had practiced yoga as a dancer, I think it would have helped me enormously. If only I had known…! *

First Lesson: Yoga is a Practice.

You might have noticed that I used that word a lot above: I practice yoga; I have a yoga practice. It took me a while to stop saying “I do yoga” or even “I take yoga.” “Practice” just sounded weird to me, but now I get it. Doing and taking aren’t the right words for yoga: we come to the studio and we practice. Which suggests a few things that are worth considering as a dancer:

I think this approach could have some major benefits for dancers. I also think the idea of having access to different areas of technique at different times is much more realistic than what we’re used to. Why not demand a little less in terms of outcomes and focus a little more on the process of our training? It might relieve some of that internal pressure we put on ourselves to be the perfect dancer every day.

* Or if only I had listened to my mother who suggested yoga on many occasions to me, but for some reason, I never listened. Argh! 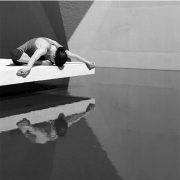 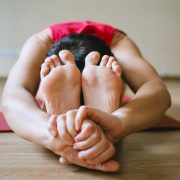 Ballet Saved by Fattening Up Ballerinas

Whatever Happened to Sergei Polunin?

Whatever Happened to Sergei Polunin?
Scroll to top